I just upgraded from a D90 to a D750, and I decided to buy a superzoom to use when I don't want to carry around the full bag of primes. It was a tossup between the 24-120 and the 28-300, but in the end I picked the latter since I already had a 24mm f/2.8D which had been collecting dust during my decade of using DX-sized sensors. In fact I might trade the 24mm with a 20mm if the opportunity comes along.

Anyway, there's a lot of controversy surrounding this lens, so I thought I would make some tests to decide whether to keep the lens or not, and since I have them, I figured I'd post them online.

So here they are. The first one are 200x200pixel crops (roughly) from the center of a resolution target. I took every marked focal length, and every full stop of aperture. I put a green dot next to the combinations that I considered satisfactory. For comparison, the "Optimal" square was obtained by taking a photo much larger version of the same pattern and scaling it down to match the 200x200px target. In fact this resolution would be unobtainable even with a perfect lens, due to the Bayer pattern on the sensor throwing away about 30% of the total resolution, so I also added a version of the "Optimal" test target which was reduced by 30% and then upscaled by 30% again. This is the red-bordered scale. To my eye, the 28-300 is sufficiently sharp in the center at most focal lengths and apertures, except wide open beyond at 35mm, and beyond 105mm. There also seems to be a soft spot at f/8  at 105mm. 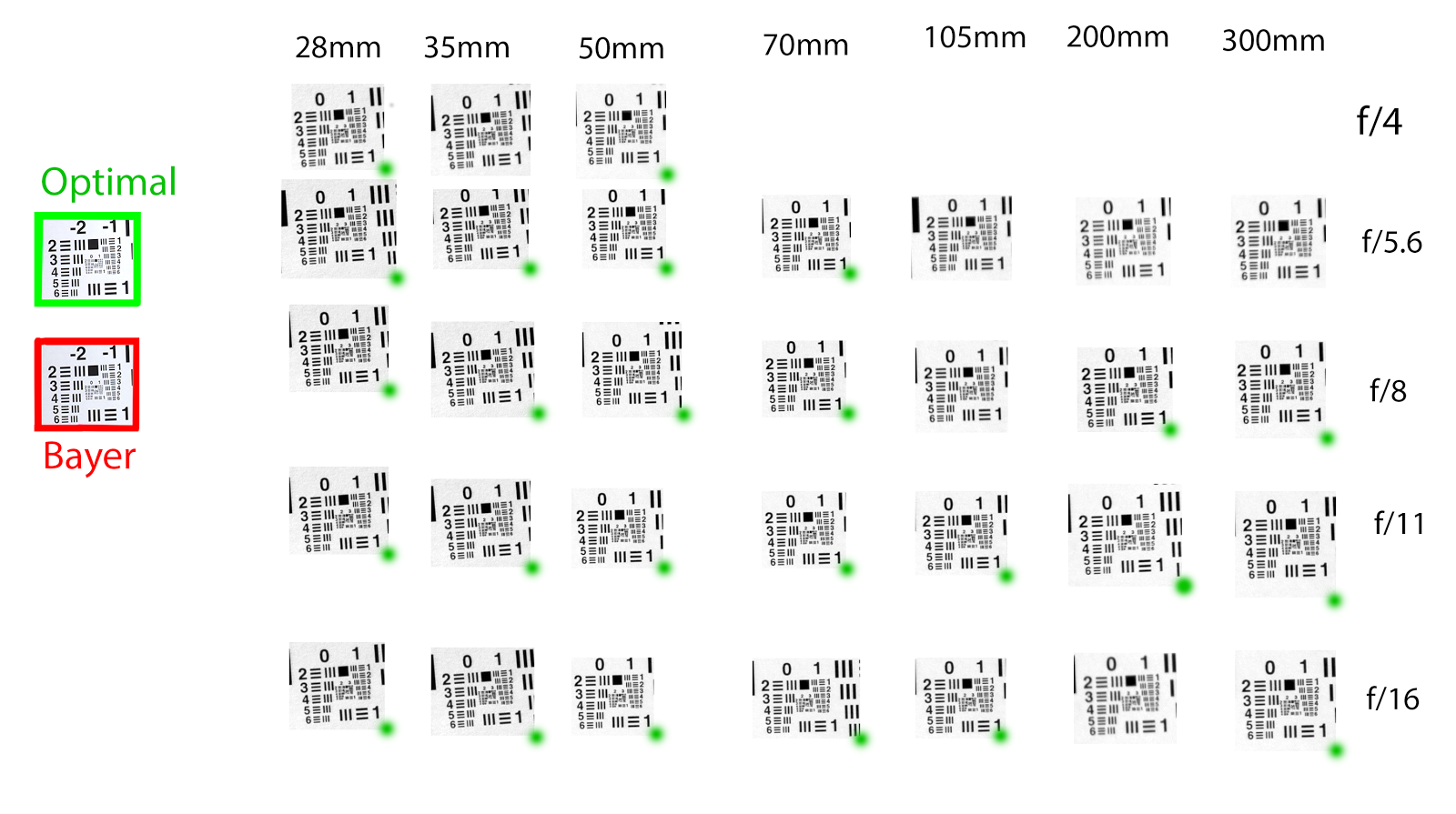 I don't care so much about sharpness in the very corners, but I do care about the sides. So I then placed the target about 12mm from the center (roughly the edges of the frame on the short side), and reshot all apertures and focal lengths. The situation is quite a bit worse, particularly beyond 70mm. You pretty much need to step down to f/11 to be guaranteed of sharp results, and even that might not help at around 200mm. 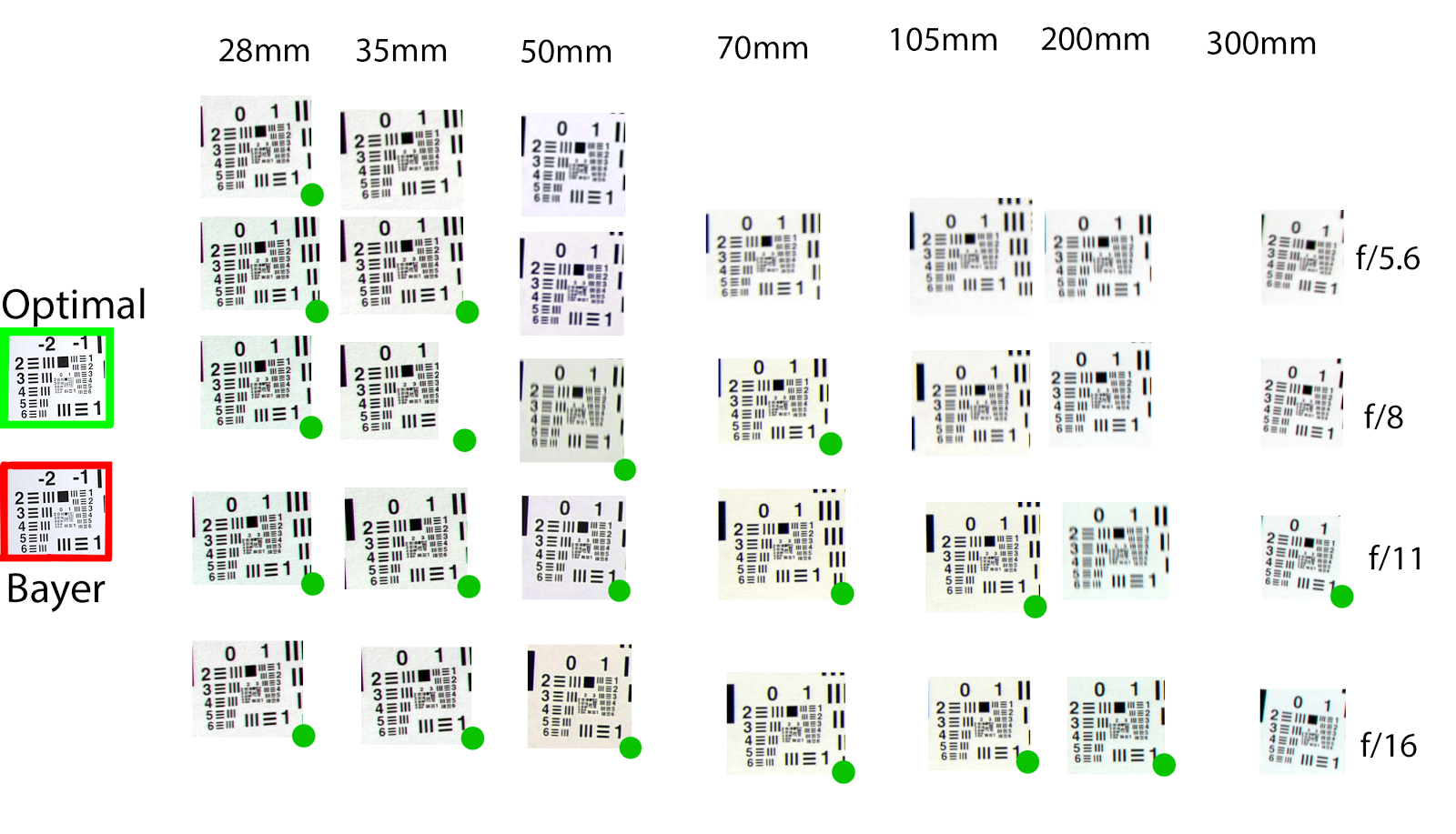 As you can see from the side crops, this lens has a LOT of lateral chromatic aberration. Luckily it clear right up in Lightroom, so it isn't so bad of a problem.
The lens also vignettes quite a bit, but the D750 corrects it right in camera, and in any case I tend to ADD vignetting in PP in a lot of photo to draw the eye towards the center. Still if you were looking for a lens to take photos of books or whatever, I guess this isn't your lens.

In terms of usability, the lens does not creep statically (that is pointing it downwards does not change the focal length, but if you have the camera dangling around your neck as you walk around, the bouncing will eventually extend it. Thus, the zoom lock is in fact necessary, and mildly annoying.

The bokeh is pretty horrible. There's bright rings around out of focus highlights. On the other hand there is quite a bit of mechanical vignetting at the tele-end which is something I rather enjoy. See how the out of focus circles in the corners are a little squished? This is sometimes called the cat's eye effect, and it looks like the whole scene is revolving around the center. If you want to have smooth out of focus areas, you'll have to pick your backgrounds carefully. 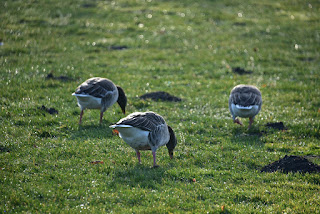 Flare on the other hand is very well controlled, as the next photo shows. 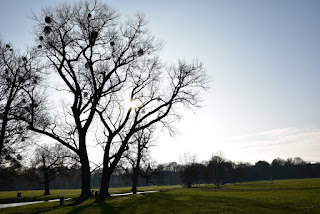 In sum, I'm very happy with the lens, as a travel/walkabout lens. You can see more photos I took with it during a short trip to Munich here. I'll be traveling soon so I'll update this with my experiences. You can get the lens from Amazon for $946 (as of Dec 16th 2015).

The real stakes of the Greek vote

July 05, 2015
The Greeks should stop being so selfish. Why are they voting on this referendum based on what they think will be best for their economy? Don't they understand how their vote will impact legions of armchair (or chaired) economists and political scientists? Let's say they vote yes, accept the northern european ultimatum, and Greek society proves resilient enough to muddle through the cuts and austerity. Great. They will have conceded to the neoconservative enemy the last bastion of left-wing orthodoxy left in the Northern/Western hemispheres. They will have on their hands the conversational blood of millions of wearers of Che Guevara t-shirts,  local organizers of italian Feste Dell'Unità, and pretty much the entirety of french society without a hungarian last name. If instead they vote no, and reject Das Deutsche Diktat, they could recklessly end up understanding the incredible luck they just had, clean up their act, and push through the much needed reforms. In one stroke,
Read more