Showing posts from 2012
Show all

Secrecy in the USA

September 05, 2012
Much ink has been spilled over the publication of "No Easy Day" , the book authored by a former Navy Seal detailing how Bin Laden was killed. The Department of Defense is obviously  quite upset  with information coming out which was supposed to remain in. To me the story is mainly a reaffirmation of why I don't believe in conspiracy theories of the "We never went to the moon" or "CIA planned 9-11" varieties. If it involves the intelligence community, and there isn't a tell all book on the Amazon best-seller list authored by one of the main participants, I say it never happened.
1 comment
Read more 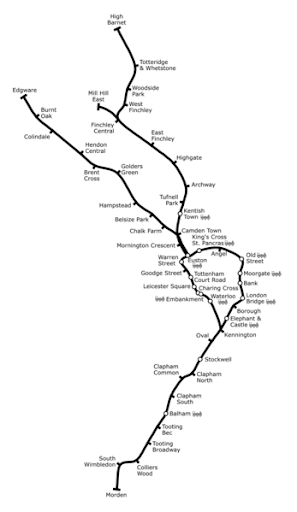 This is the "Northern Line" of the London tube: It should be clear that whoever designed the tube system in London had a pretty hazy notion of the geometric concept of "line".
1 comment
Read more

Quote of the Week: British Library

August 29, 2012
Registering for a reader pass at the British Library: Registration Officer: "Are you a PhD student?" Me: "Yes, would you like to see my student card?" Registration Officer: "It's ok. Nobody ever lies about doing a PhD." Incidentally the staff at the BL is amongst the most polite and friendly I have ever encountered.
Post a Comment
Read more

The Stanstead Serengeti: the Problem with Ryanair

August 22, 2012
This item arose my interest, along with a few couple hundred thousand people. A family was forced to pay €300 (€60 per person)  because they had neglected to print their boarding passes (they had them on their cell phones as .pdf, which most carriers find sufficient). Most people find this excessive, but a few comments apparently sided with Ryanair's view that the family had agreed to the terms and conditions, which clearly stated that they would be charged that amount if they filed to show up with the printout. Coincidentally enough, Ryanair was the subject of the first, and i believe last, case study I ever wrote, back for my first undergraduate course ever (sometime in fall 2002). At the time I thought it was actually rather clever to disassemble what was effectively a bundled good (seat+luggage+refreshments+white glove treatment) so that people could decide what to pay for. If I'm travelling with no stowed luggage, why should I be subsidizing my neighbor's suitcase
Post a Comment
Read more

August 15, 2012
The excellent BBC comedy series Twenty Twelve had managed to fly under my radar for the entirety of its two-series run. I only found out about it thanks to the in-flight entertainment system of my Singapore Airlines flight to Sao Paulo. A few notes: Twenty-Twelve is the closest spiritual successor to Yes, Minister that I have ever seen.    The Thick of It  was also a competent comedy, but the unpleasant source material  made for a more restricted viewing niche. The Office  was a great series, but personally I find the mockumentary format is now a bit over-exploited. Especially since their cinematographic style is diverging from that of contemporary documentaries. An other arguable  Office influence: all characters essentially represent various shades and declination of bumbling ineffectualness. Fine, this might approximate your average government department, but frankly I find the lack of a Humphrey Appleby figure a bit distressing. Is it to Italian to ask that political fictio
Post a Comment
Read more

Photoshop Cropping: a step in the right direction

August 15, 2012
It looks like the Adobe Photoshop team did some of what I suggested in a previous post. According to this video , the new CS6 version has the center of the photo remain constant as you crop an image. What's missing is the idea of the image being zoomed in as you crop, so that it always fills the screen. Presumably, we'll have to wait until CS7...
Post a Comment
Read more

August 15, 2012
The Economist's blogs are now much better than the magazine articles. Take this gem on the TSA . It is a rare article indeed which reaches these levels of informative comedy.
Post a Comment
Read more