Mankiw recently posted about ticket prices and scalpers, and this reminded me that a while ago I thought of a reason why performers might allow some people to make so much money in their stead. It works more for music groups and football teams, but is more relevant for theater performances.

Say you are a music band who has just had a string of hits. You have two options: sell concert tickets for $60, in which case about half of them will go to lucky fans who have been following you since yours early days, and half will go to scalpers who will resell them for $500 to wall street traders that will use them to impress their dates. Or you can sell all of them for $400, and they will all go to wall street types.

It seems a no brainer, but what happens if the next album flops? In the first case, the guys that followed the band from the garage days will still go to the concerts to hear the old songs, and maybe your next effort has a better reception. Even if you never have another hit, you can probably spend the next 30 years playing 500 seat venues. But if you sold all the tickets for $400, your long run fans can't come to your concert for a long time and lose interest. If you ever release a dud, the wall street guys will move on to the next new hot thing and you're out of a career.

Perhaps from a strictly monetary perspective, the smart NPV maximizing thing to do would be to take the easy money and run, but if a musician actually likes performing in front of audiences it is better to nurture your long term fan base, even if it results in a lot of money going to scalpers.

A better solution would be to create some sort of loyalty club where the price per ticket would depend on how many concerts you have seen, perhaps with earlier performances leading to bigger discounts. Clearly the guy tearing tickets would have to also check the photo ID of anybody who shows up with a loyalty-discounted ticket, or something along those lines.

Could be a fun topic for one of my thesis students ("do bands that sell cheaper tickets have longer careers?").

As most of you already know, Volkswagen was recently caught cheating on emission tests. But were they really alone in doing so? The EPA data shows some suspicious patterns.

Since Volkswagen had problems meeting the NOx standards in the US, they decided to introduce software that detected when an emission test was being performed, and tuned the engine so as to decrease NOx production, in the process potentially worsening fuel economy relative to regular driving conditions.

One possible outcome of this procedure is that the cars involved might actually have better fuel economy in real life conditions, than during …
Read more

What Genghis Khan, but Elizabeth Can't

April 24, 2016
One of my ongoing research projects is on the Mongol invasions. Doing some background research, I realized there's an interesting asymmetry between male and female rulers, in terms of available imperial sexual strategies.

Say that the Mongol hordes have just finished annexing another city along their ever expanding frontier. Let's call it Elbonia. In this case the local elite had the good sense to surrender peacefully, and accept the Mongols as their rightful overlords. Everybody knew that if they put up a fight, the Mongols would typically exterminate a significant proportion of the local population, and enslave the rest.

What did the Mongols want from Elbonia? Well first of all, obviously they didn't want the inhabitants to ever attack their other dominions, regardless of any preexisting local feuds which may have existed. Secondly, they wanted them to send them money or tradable goods regularly. And thirdly, they wanted them to furnish soldiers for use in their next cam…
Read more 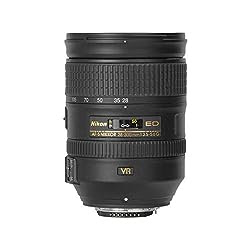 I just upgraded from a D90 to a D750, and I decided to buy a superzoom to use when I don't want to carry around the full bag of primes. It was a tossup between the 24-120 and the 28-300, but in the end I picked the latter since I already had a 24mm f/2.8D which had been collecting dust during my decade of using DX-sized sensors. In fact I might trade the 24mm with a 20mm if the opportunity comes along.

Anyway, there's a lot of controversy surrounding this lens, so I thought I would make some tests to decide whether to keep the lens or not, and since I have them, I figured I'd post them online.

So here they are. The first one are 200x200pixel crops (roughly) from the center of a resolution target. I took every marked focal length, and every full stop of aperture. I put a green dot next to the combinations that I considered satisfactory. For comparison, the "Optimal" square was obtained by taking a photo much larger version of the same pattern and scaling it down …
Read more